MYTHS OF THE CHEROKEE 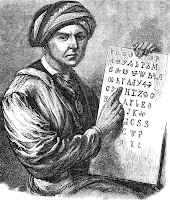 The myths given in this paper are part of a large body of material collected among the Cherokee, chiefly in successive field seasons from 1887 to 1890, inclusive, and comprising more or less extensive notes, together with original Cherokee manuscripts, relating to the history, archeology, geographic nomenclature, personal names, botany,

medicine, arts, home life, religion, songs, ceremonies, and language of the tribe. It is intended that this material shall appear from time to time in a series of papers which, when finally brought together, shall constitute a monograph upon the Cherokee Indians. This paper may be considered the first of the series, all that has hitherto appeared being a short paper upon the sacred formulas of the tribe, published in the Seventh Annual Report of the Bureau in 1891 and containing a synopsis of the Cherokee medico-religious theory, with twenty-eight specimens selected from a body of about six hundred ritual formulas written down in the Cherokee language and alphabet by former doctors of the tribe and constituting altogether the largest body of aboriginal American literature in existence.